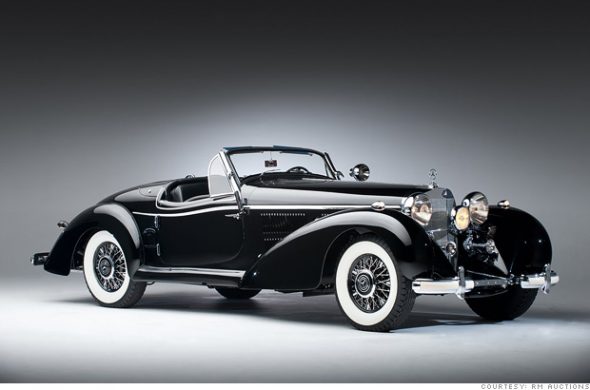 [AdSense-B]
Germany created the automobile industry in 1886 with Carl Benz’s Autowagon and as 1936 was the fiftieth anniversary, it was a much celebrated year in the powerful German automobile industry. Hence the 540K unveiled in Paris was meant to be particularly significant in more ways than one. It was lighter and more powerful than it’s predecessor, and the Spezial Roadster was seen as the absolute pinnacle of automotive excellence when it was shown at the 30th Salon de l’Automobile in Paris for the first time.